WOW started in 1999 with Johnny K, Johnny V, Joe, Cary, and Mark ... been thru many great members who come and go .. but we all stayed friends and we all, every now and then, still come out to play together when needed.
So many great times .. and still going today .. with Johnny V, Neil, Justin, Tommy, and Paulie, (thank you guys) And to all the other members of this hysterical family whether you played 2 gigs in The Mix or a hundred (Johnny K, Joe, Mark, Cary, Mat, David, Craig, Anthony, Kevin, Marty, Al, Dave Crum, Jon, and Anthony Pecone .... Thanks) ..  it has been a great ride - funny as all hell too. 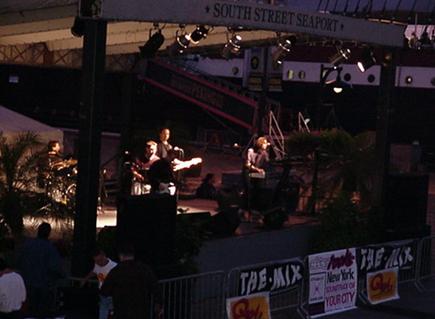 The Mix is a New York-based band that had worked many of the major clubs in the Northeast from Boston/ Rhode Island down to Cape May/ Atlantic City and every-thing in between.
Along with some of the most popular vacation/ski resorts and casinos, some of their credits include: